A Strong Leadership Team is Like A Well-Oiled Machine

Did you know that one of the keys to growing your business during an economic downturn and in a VUCA (volatile, uncertain, ambiguous & complex) world is to build a strong leadership team?

A strong leadership team is one whose members are open and honest with one another. They discuss important issues from different perspectives and reach clear decisions even if they initially disagreed with one another. A strong team holds each accountable and are able to have tough discussions with each other when behaviors or performance needs correction. These teams focus on the well-being of their organization and do not allow their personalities, ego’s and politics to get in their way. The team is energized by each other instead of being drained by meetings and dysfunctional relationship dynamics. A strong team can be compared to a great basketball team that plays together in an interactive, mutually interdependent way.

As a leadership team coach, I sometimes meet teams whose members are not open with one another. The team members are careful what they say to each other and, either withhold their opinions during difficult conversations or are overly dominant in expressing their opinions. Often these teams display many unproductive behaviors during team meetings. Without a united team, team members pursue their own agendas, rather than those of the organization. Such teams at best, resemble a working group, much like a golf team, where players go off and play on their own, and then get together and add up their scores at the end of the day. Even though good things may come out of this team’s leadership, the full potential of this team is never realized.

A weak leadership team creates an unhealthy organization, where employees deal with the misery of low morale, politics, lack of clear direction, confusion, bureaucracy. The financial and human cost is huge: wasted resources, decreased productivity, increased employee turnover, customer attrition and real misery in the lives of employees and their families.

Develop strategies to strengthen your teams and thereby tap into more of the knowledge, experience and intellectual capacity available within the team.

A team does not become healthy in linear sequential steps. Like building a strong marriage or family, it is sometimes a messy process that must be maintained on an ongoing basis for strength to develop and grow. The support of a team coach can greatly enhance and accelerate the team building process. In addition, the benefits to the Business are immense.

A strong team invests time and energy in developing:

When leadership becomes serious about releasing the potential in their teams in service of the organization, every team meeting becomes a breakthrough meeting.

Book Elizabeth At Your Next Event 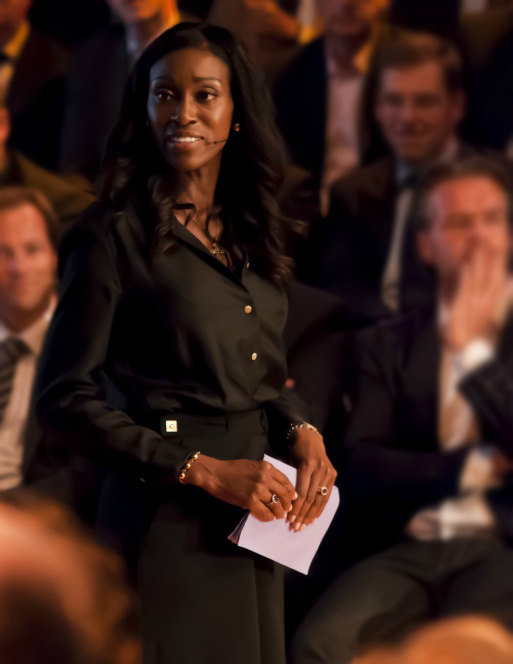